The new Hyundai Tucson is so loaded that it makes the BMW X1 and Audi Q3 feel basic: We explain

Hyundai India has always had a reputation for bringing cutting-edge design, first-in-class features and premium finish with every new launch. Now, with the new, fourth-generation Tuscon, it is further upping the stakes and is taking the battle to luxury car brands.

The five-seater is now leading in the compact SUV segment in Europe, up from second place last year. According to figures compiled by JATO Dynamics, a global supplier of automotive business intelligence, TUCSON is poised to set a sales record. Based on new registrations through March in 27 European countries, TUCSON is currently the bestselling compact SUV in Europe, with 15,806 units registered.

Last year, Hyundai Motor’s all-around bestseller was, once again, TUCSON. The model was renewed at the end of 2020, leading to noteworthy sales during its first full year on the market. Hyundai sold 152,257 units of TUCSON in 2021.

Since the model was first launched in 2004, 1.4 million units of TUCSON have been sold in the European market. Looking at worldwide sales, that number climbs to seven million units. This figure makes TUCSON the company’s global bestselling SUV.

It is a full-size SUV and offers a list of features that are not available with any other car in the segment.

The Tucson is Hyundai’s new language of premiumness. So much so that the likes of BMW X1 and Audi Q3 have reason to fear it. How is that exactly?

Round 1: The Battle for Comfort and Space Hyundai only sells the long-wheelbase version of the Tucson in India, and this makes the SUV look quite dominating. Compared to the BMW X1, the Tucson is 183mm longer, 44mm wider and 67mm taller.

The fourth-generation Tucson also overshadows the Audi Q3. Tucson is 145mm longer, 16mm wider and 49mm taller. The Tucson costs about Rs 17.5 lakh lower than the base variant of the Audi Q3.

Apart from the commanding road presence of Tucson, the increased dimensions also ensure a spacious and comfortable cabin. Since the Tucson is wider, there is a lot more shoulder room for the passengers sitting in the rear. 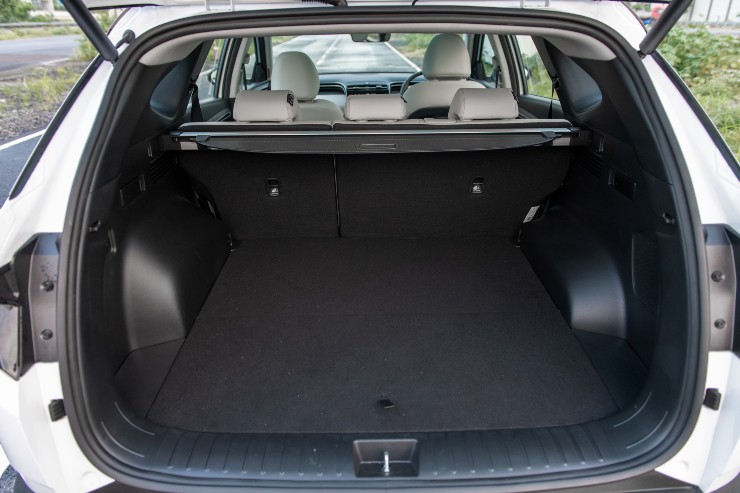 The Tucson can also hold more luggage. It gets a space of 540 liters, which is a bit more than the BMW X1’s 505 liters and Audi Q3’s 530 liters of space, respectively. Hyundai Tucson has space for five adults and space for luggage in the boot without a squeeze.

The comfort is further bolstered by the excellently set-up suspension that enables Tuscon to glide over bumps and potholes. While the German rivals may have a slight edge in driving dynamics, Tuscon wins the battle for comfort and space. Comfortably!

Round 2: The Battle for Tech 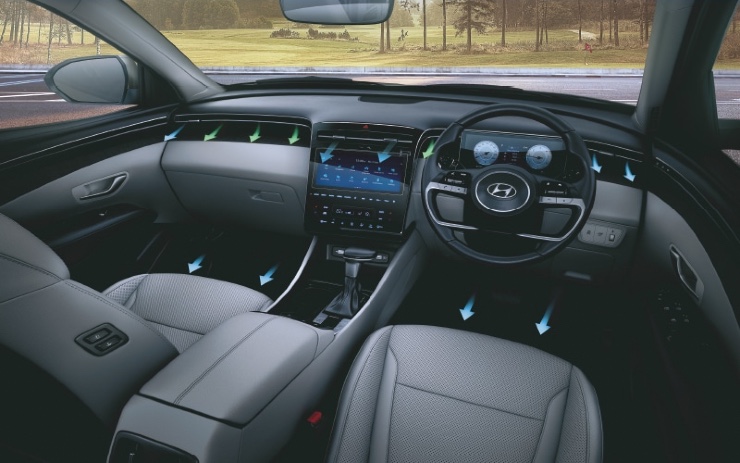 Hyundai is known for loading its cars to the brim when it comes to features. The Tucson is no different. While there are a lot of convenience features in all three cars, the Hyundai Tucson offers much more. 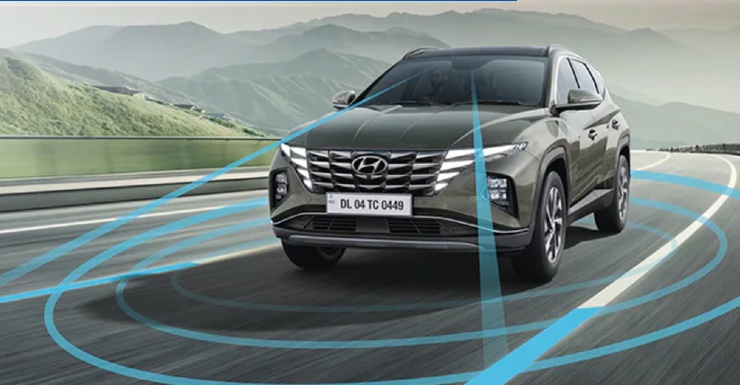 The ADAS is the major differentiating factor between the Tucson and the German cars. But, there is much more that Tucson offers. For example, customers who use the car with a chauffeur can adjust the co-driver seat by simply using the power buttons located on the side of the seat. Also, there is no option for heated or cooled seats in the German car models while the Hyundai offers both.

The Tucson feels much more futuristic with features such as Home-To-Car connectivity that allows you to use Alexa or Google Home to communicate with the car and know about its status.

The tech round too goes to Tuscon.

Round 3: Battle for Untrodden Path 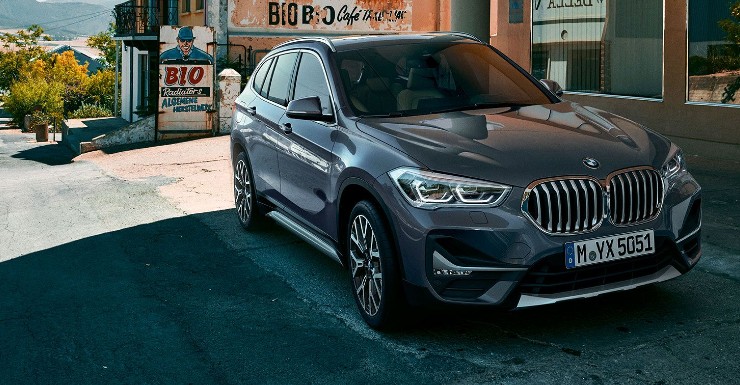 The Audi Q3 and BMW X1 do not offer 4WD drive anymore. The all-new Hyundai Tucson does.

The Hyundai Tucson gets Snow, Mud and Sand modes that change the traction control settings and ensures that the SUV can reach the most difficult places without a hiccup. The Tucson also gets AWD lock mode that powers all four wheels of the car constantly. 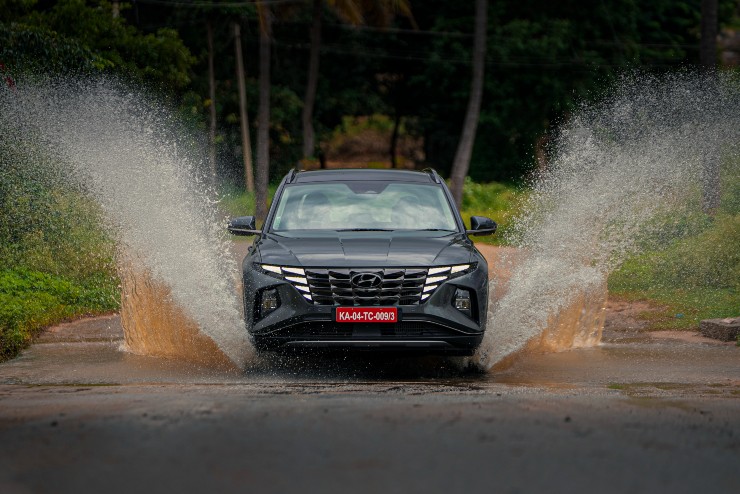 While not a mountain goat, Tuscon would take you to most places you’d want to go. More importantly, it has a measure of Germans in this round too. 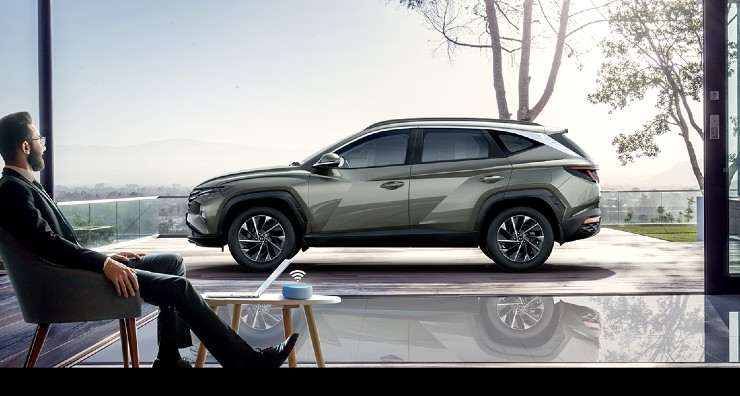 Hyundai Tuscon sets a new benchmark for features, design and space in the five-seater premium SUV segment. But beyond numbers and gizmos, it’s how it makes you feel when you see it, when you sit in it, when you drive it, that sets it in a class of its own.