I am reading words like sinister, delusional, unhinged, god-like – all written by the usually sober, cynical journalists of the mainstream press gallery about Scott Morrison. Everybody is flummoxed. Anthony Albanese’s astonishment at his press conference yesterday wasn’t feigned.

Constitutional lawyers are back in hot demand, being asked questions they never expected to contemplate. But where’s the idiot’s guide to this shemozzle? Here, of course.

How can you have two ministers for one portfolio?

There’s no law against it. There’s barely any law at all in relation to the appointment and responsibility of ministers. Section 64 of the constitution says that the governor-general appoints ministers of state, and they serve at his or her pleasure. It doesn’t say anything about portfolios or the practical workings of authority and decision-making.

So, in theory, you can have two ministers of health, merrily exercising all the extraordinary powers given to that role – for example, the Biosecurity Act power to lock you up in your own home, in shackles, and force you to undergo medical procedures against your will. Look it up. Morrison could have done that to you.

Get Crikey FREE to your inbox every weekday morning with the Crikey Worm.

From what has emerged so far, it seems not. The governor-general says he swore Morrison in to at least some of his extra ministries, which is all that’s required for the appointments to be valid. There is no legal requirement to tell anyone what they did. 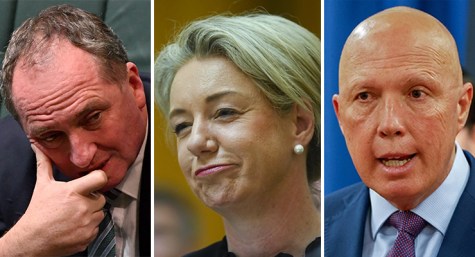 Why are they saying it was an ‘attack on our democracy’?

Because it was. Our system of government is partly dictated by the constitution and mostly operated by convention, the so-called Westminster system inherited from England. Most of the rules are unwritten, honored by tradition and a shared interest in maintaining democracy.

In fairness, Morrison spent his entire time in office trashing conventions, one after the other, so we shouldn’t be surprised. Nevertheless, this one was truly shocking. The idea that, for example, the minister for Home Affairs, who has extraordinary personal powers, did not know because she was not told that the prime minister had assumed the same powers, is beyond comprehension.

Morrison’s actions were the opposite of what a leader who honors democracy would do. They were the actions of a proto-fascist. What saved us was that he was too lazy, stupid and incompetent a proto-fascist to do too much actual harm. But he could have.

Doesn’t the government have its own lawyers?

Oh yes. Many. According to initial reports, then attorney-general Christian Porter was in the thick of this, advising Morrison that the scheme to appoint himself as extra health and finance ministers was above board. The reports say Porter advised he didn’t even need to be sworn in. That was wrong, if it is what Porter advised, but who knows what really happened.

Conventionally, Porter would not have given any such advice without first seeking his own advice from the solicitor-general. Whether that happened we are entitled to find out but don’t yet have a clue. Porter, of course, was not much one for convention either, so we’re not holding our breath.

But did Morrison use his powers?

Again, who the hell knows? He has acknowledged that he did use his power as resources minister to override the other minister for resources, Keith Pitt, and knock back an offshore mining project proposal.

But how could that even work?

It couldn’t. Then treasurer Josh Frydenberg didn’t know that Morrison was also treasurer. They could have made directly contradictory decisions on the same question at the same time, and which would be valid? That would, and might turn out to be, a question for the courts to unravel. The mining company is suing, claiming that Morrison’s decision was invalid.

It does seem that the legal questions are going to be mostly hypothetical, because Morrison didn’t bother doing much more than collect the job titles. Presumably he didn’t also collect the pay, but would you put it past him? 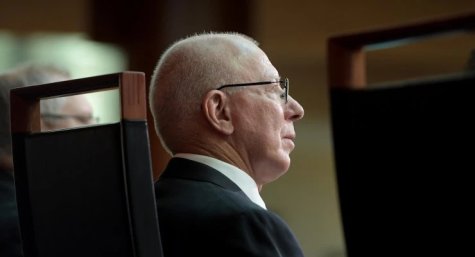 This is the surpassing mystery. It aligns with what we understand of Morrison’s personal pathology, but makes no sense in any other frame. As behavior, it was psychopathic. As governance, it was contemptuous.

Has the governor-general been compromised?

Sadly, yes. David Hurley has sought to distance himself, with the Morrison-like excuse that it wasn’t his job to question his prime minister’s preference or to insist that the appointments be publicly announced. Technically, yes, but the reality is that he was co-opted into the conspiracy and he should have acted to preserve the integrity of his own office. The secrecy was indefensible; he should have insisted otherwise, or resigned.

Consequently, the governor-general’s ability to continue in his role has to be under serious question.

What can we do to Morrison?

Parliament can censure him, which has no consequence apart from awkwardness on the backbench if he bothers showing up to work (given he has said that he doesn’t really do politics any more, that’s not a given). It can’t kick him out.

Really this is now a question for the electors of Cook, but they won’t get a say until the next election (we have no mechanism for recalling a sitting member).

If Morrison heeds the calls to resign from Parliament – as he should but won’t until he’s secured a job (seriously, though, who would hire him now?) – then he can just take his money and run.

All we can do, those of us who were declaring way back in 2018 or earlier that he was a dangerous man, is say we told you so. And try to repair the damage.

Do you believe the governor-general has been compromised? Let us know your thoughts by writing to letters@crikey.com.au. Please include your full name to be considered for publication. We reserve the right to edit for length and clarity.