Google fired one of its employees for blowing the whistle on a “doomsday” cult-like “spiritual organization” within the company.

The employee, Kevin Lloyd, a video producer who worked in the Google Developer Studio, is now suing the tech giant, claiming he was unfairly fired in retaliation after he raised alarm about the religious group.

Lloyd warns the group called the Fellowship of Friends has increasingly gained power at the company by hiring members of its cult-like organization to fill key positions.

Members of the Fellowship of Friends believe they are called to create a new civilization following a doomsday event and implores its followers to attain enlightenment to transcend a state of “waking sleep” state. The group, which has approximately 1,500 members internationally, also believes enlightenment is attained by embracing arts including ballet, painting, opera and wine. Friends of Fellowship

The alleged cult-like organization, which collects 10 percent of its ‘members’ income, was founded in the 1970s by Robert Earl Burton, who has been sued for sexually assaulting male members of the group. “Once you become aware of this, you become responsible,” Kevin Lloyd told the New York Times while recounting his decision to sound the alarm on the group’s infiltration of Google. “You can’t look away.”

In his lawsuit, which was filed in a Californian Superior Court in Silicon Valley, Lloyd claims Peter Lubbersthe, director of the Google Developer Studio and a member of Fellowship of Friends, is funneling money from Google to enrich the religious organization and that he was wrongfully terminated for informing his supervisors about the issue.

“Mr. Lubbers gained status and praise relative to the increase of money flowing to the fellowship through his efforts at Google that put (and kept) other fellowship members – directly or indirectly – on Google’s payroll, ”the complaint states.

The complaint also alleges Lubbers and the 12 members of the non-denominational religious group work at Google are using their positions to line up work for its members within the company.

Lubbers confirmed he is still a member of the sect and contends recruiting other Fellowship of Friends members for jobs at Google presents no conflict of interest. 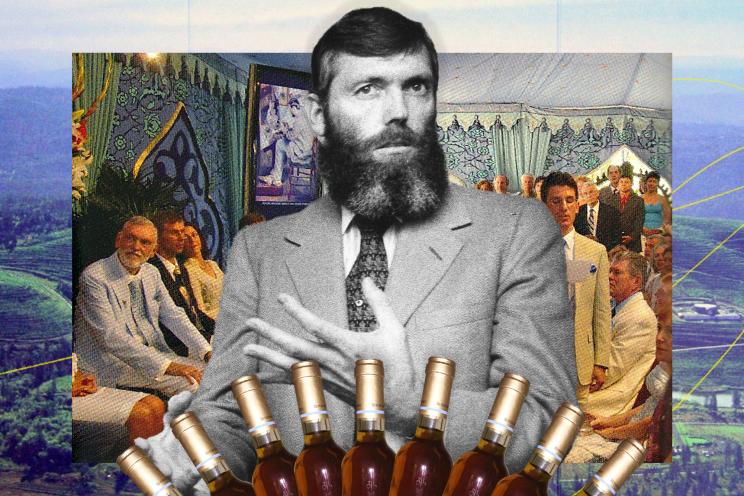 Fellowship of Friends has a long history of sex trafficking. Burton allegedly engages in bizarre sex rituals, orders pregnant women to have abortions, preys on young males and has slept with hundreds of people per day during “love fests.”

In November 2021, investigative reporter Jennings Brown compared the Fellowship of Friends to the sex cult NXIVM.

“They told me about these sex rituals where [the leader] would attempt to have sex with 100 followers in a day. He called them love fests. ” Brown told the New York Post. “One of the most horrifying things I heard was the rule about abortions. I very much got the sense that women were second or third-class citizens. I think a lot of them came because their husbands or boyfriends were interested in spiritual awakening. “ Robert Earl Burton and the Fellowship of Friends

In 1996, a lawsuit was filed by former member Troy Buzbee, who alleged Burton sexually exploited him when he was 17. According to Brown’s reporting, in the mid-1990s, Burton sexually assaulted Troy’s father, Richard Buzbee. Says Brown in the podcast, “Richard then told friends and family about the abuse and found many others who alleged similar experiences – including, to his horror, his own son. Richard included this in a letter he sent out to other Fellowship members to warn them. He wrote: ‘The greatest shock came from my son Troy, who told me that Robert had been actively pursuing him for sex from the time he entered the school – at age seventeen.’

The suit was settled out of court. And in 2005, Brown reports, US Immigrations and Customs Enforcement (ICE) investigated a tip that the Fellowship was bringing non-US citizens into the country and paying for their religious visas, intending for the recruits to be in sexual servitude to Burton. In 2012, Brown learned from federal documents obtained in a Freedom of Information Act request, the Drug Enforcement Administration, along with ICE, raided the Apollo compound, calling it a search for evidence of drug production.But nothing came of it.

Lloyd is demanding a jury trial and financial compensation for “religious discrimination, wrongful termination, retaliation and related cause of action.”

A Google spokesperson maintains Lloyd was fired in February 2021 for performance reasons and insists the company adheres to a policy that prevents discrimination.

“We have longstanding employee and supplier policies in place to prevent discrimination and conflicts of interest, and we take those seriously,” the spokesperson told the New York Times. “It’s against the law to ask for the religious affiliations of those who work for us or for our suppliers, but we’ll of course thoroughly look into these allegations for any irregularities or improper contracting practices. If we find evidence of policy violations, we will take action. “