What is ethnic identity?

Ethnic identity is about how people develop and experience a sense of belonging to their culture. Traditions, customs, and feelings about a person’s heritage are all important aspects of ethnic identity. Young people progress through different stages as they learn to identify with their culture, whereby they come to understand their group’s customs and values ​​so that they can feel connected to their ethnic group. Ethnic identity can be independent of race, for example, a person can be Jewish and Black, Latina and White, or Swiss and Asian. Where race is mutually exclusive and socially defined, ethnicity can have overlapping and simultaneous categories and is self-defined.

Teens may struggle with their ethnic and racial identity.

Ethnic identity has been researched across cultures, primarily in youth. A stronger ethnic identity is correlated with better psychological well-being and higher self-esteem. Ethnic identity can vary according to demographic factors. For example, among African Americans, ethnic identity is stronger in the South compared to other regions due to the larger population and longstanding traditional ethnic institutions, such as Black churches and Historically Black Colleges and Universities (HBCUs).

Racial identity must be understood in the context of racialization. Race is a social caste system that is used to categorize people based on physical and characteristics and presumed ancestry. Race is a social construct with no biological basis and is derived from White supremacy, an ideology that assumes the superiority of White people over People of Color. While ethnicity evolved for the wellbeing of specific people groups, race is an imposed categorization. However, since race and ethnicity are confirmed in many societies, people may relate to their racial group as well. For example, in the US belonging to the African American ethnic group requires that a person is racialized as Black (having some African heritage). Hispanic is considered an ethnic group, and not a race, yet many Hispanic people do not identify with any race other than “Hispanic.” As such, here we talk about ethnoracial identity.

A strong positive ethnoracial identity has been found to protect youth of color from the negative psychological effects of racism. In their protocol for trauma-focused CBT for African American youth, Metzger and colleagues (2021) emphasized the importance of strengthening ethnoracial identity. They explain that it is crucial to transmit culture, attitudes, and values ​​to adolescents (ie, racial socialization) to prepare them to cope with the oppression they will face as a racialized person in Western society. 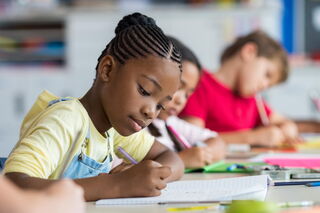 Similarly, our own research team (Williams et al., 2020) designed an intervention called the Racial Harmony Workshop (RHW), to reduce racial biases and microaggressions among college students. The RHW was designed to increase connectedness across racial groups, using principles and techniques from Functional Analytic Psychotherapy (FAP) and Acceptance and Commitment Therapy (ACT). The RHW included instructional material and directed discussion on issues such as the definition of race, pathological stereotypes, microaggressions and racism, and automatic racial and ethnic bias. From pre- to post-workshop there was an increase in ethnoracial identity for Black participants in both RHW and control groups, which kept increasing a month later to the point where the RHW outperformed the control condition. But both conditions improved ethnic identity, showing that education about racism can be a critical tool for strengthening ethnic identity.

Children can develop a healthy ethnoracial identity when parents and mentors:

Building a strong, positive ethnoracial identity is essential for children’s mental health and wellbeing, especially for children of color, biracial youth, and immigrants of color. It is also an important foundation for building self-identity because it provides a sense of identification with group cultural values, kinship, and beliefs. Judicious ethnoracial socialization through thoughtful teaching and example will result in a child that will be able to recognize bias when it is occurring and defend against it right away, and in the process buffer the cumulative harms of racism. Each young person can become an expert in understanding the mechanisms of covert oppression and stand equipped with skills to bring such aggressions into the light of day and take pride in who they are.