Anyone who has sought advice on a career change recently is likely to come across advice to make connections. Seek people out on LinkedIn and other social networks because it’s easier to get hired if someone knows you or has some social connection to you.

New research examining over 72 million Americans supports this view: having rich friends is among the best predictors of a lower-income person moving up in wealth and earning.

The research is primarily adding size: this is more data than has been used to examine this question. The importance of social capital–or the strength of connections and power within a person’s community–has long been discussed in the social sciences, especially sociology. Similar findings have been in the literature for years. For example, in 2013, researchers found that if their best friend’s mother had completed college, a college student was also more likely to finish their degree. The education level of a friend’s family was related to what a person did, suggesting that examples and guides in the community helped people finish their degrees.

This new study is interesting in its comparison of several different ways of measuring social capital: 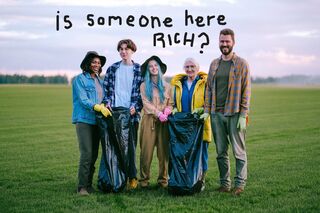 New results find that volunteering and having strong friendship networks aren’t as important as rich friends for income.

These different ways of measuring social capital were all used to predict economic mobility. Did people move up on the income distribution? This might also be considered an “American Dream” index, as a key part of the American Dream has been perceiving that you can make more money and be more financially secure than your parents were.

The analysis found that only measures of economic connectedness–poorer people having richer friends–predicted moving up the income distribution. Being connected to a tight group of supportive friends and being part of community organizations were not the aspects of social capital that led to more financial security. Just having rich friends was. In other words, social capital is valuable not because it fosters a sense of friendship or community engagement. It is valuable because of rich people’s nepotism.

Nepotism provides benefits based on a personal connection unrelated to the skills needed to get the job. It is commonly considered a form of corruption. Hiring someone because they are a friend or a friend of a friend is a form of nepotism, but one that we are all likely familiar with. This is the way many people get their jobs.

We pass the threshold of competence needed to do a job–that is, we are capable of doing it–and then a personal connection with the employer puts us ahead of the other potential candidates. The new analysis suggests that friendships with rich people–those who have the money to do favors or be in a position to influence hiring–are key to success. The simplest explanation for this finding is that favoritism from the rich enormously influences future success. 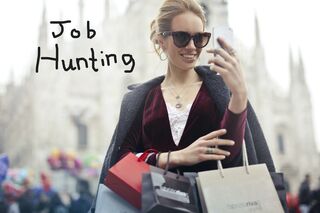 Social connections are more important than opportunity or training for income.

Comparison With Other Predictors

One key analysis in the new research correlates several different variables with upward mobility in counties across the US Friendship with high-income people was a better predictor of upward mobility than the number of jobs available, the rate of job growth, the overall employment rate, student math scores, rates of college graduation, average household income, and the proportion of people above the poverty line.

That is, having rich friends was better correlated with moving up in the world than measures of job availability, training and intelligence, and background wealth. An analysis examining the effect of having rich friends adjusted for the most important other background factors showed that the rich friends’ effect was still large and significant. This indicates it has an effect above and beyond the other factors, which remains even when we account for them statistically.

This comparison suggests that nepotism is a more important influence on success than its traditional foil: meritocracy. In a meritocracy, your skill level or ability to perform the job best is all that matters. In a hiring decision, the meritocratic outcome is for the best person to get hired, regardless of personal connections.

Of course, there are no perfect measures of who can perform a job best. Using a ranking algorithm that always takes people highest on a set of tests is likely to miss good candidates, particularly because tests can’t consider complex or subtle skills like teamwork or a willingness to persevere.

While this makes a “perfect meritocracy” infeasible, we might still prefer a world where the influence of intelligence, training, and job availability is as significant as social connections. Results of this new study suggest that, in the US, nepotism is more important than intelligence and training for getting ahead.